OLYMPIC HOPEFULS RETURN TO MCKENZIE TRACK TO PAY IT FORWARD 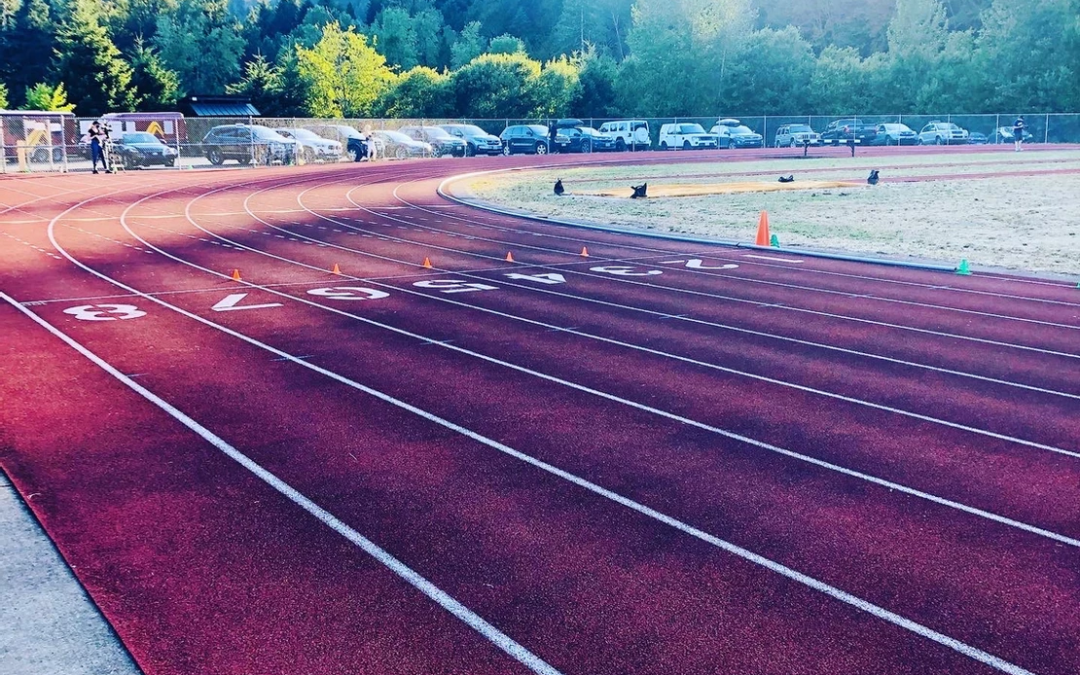 Blue River, Ore. (June 15, 2021) — An international field of runners will be returning to McKenzie Community Track on June 22nd at 7:30 pm PDT for an event dubbed, “the McKenzie International.” Through a partnership between Portland Track and Project OVERCOME, a US Ignite funded program, the meet will be streamed live on the portlandtrack.com website for $5.99.

Net proceeds from the event will be donated to McKenzie Track and the Oregon Community Foundation, Community Rebuilding Fund, to help restore Blue River’s local community that was devastated by the Holiday Farm Fire.

“When the wildfires hit, the track was an emergency refuge for those escaping the flames and we immediately looked for ways to help the community through our sport,” said Michael Bergmann, President of Portland Track and Founder of IncubatorU.

Portland Track was contacted to put on a meet for athletes who are continuing their quest to the Tokyo Olympics—creating an opportunity that could only be fully realized by collaborating with Onward Eugene and Project OVERCOME—to bring broadband to livestream the races. Project OVERCOME is a US Ignite funded program that combines innovative technical and community engagement approaches to reach underserved communities.

The McKenzie International is the first meet to take place at the McKenzie Community Track, since the Holiday Farm Fire in September of 2020.

“We’re excited to enable live streaming of the McKenzie International event and highlight the resilience of the Blue River community,” said Geoff Turner, CEO of Elevate Technology Group and Project OVERCOME partner. “Live streaming wasn’t possible at this venue last year, with Project OVERCOME we are delivering world-class Internet access to the region and truly building it back better.”

In addition to showcasing Olympic caliber athletic performances, event organizers aim to demonstrate the unrealized economic vitality of rural Oregon when the sport is amplified by technology. The intersection of Portland Track, Onward Eugene and IncubatorU will help bring awareness and positive economic impact to this special community and facility at McKenzie River Community Track.

The event is timed to coincide with the “rest day” of the nearby U.S. Olympic Track & Field Trials, which are happening at Hayward Field, in nearby Eugene, Oregon.

Blue River, Oregon received one of seven OVERCOME grants in March of 2021. US Ignite’s Project OVERCOME was conceived of and funded by the U.S. National Science Foundation (NSF) and it provided $2.25 million in funding for the program nationwide, with Schmidt Futures joining as a financial and strategic partner to extend Project OVERCOME’s geographic reach with an additional $450,000. Local project partners Onward Eugene, the McKenzie School District, and Elevate Technology Group are constructing a resilient wireless Internet link to the rural McKenzie Valley, which will support a pilot CBRS education network and create new incentives to attract further private broadband investment in the region.

The meet’s broadcast will be produced by the creative house- Tracklandia’s production team in association with Portland Track.