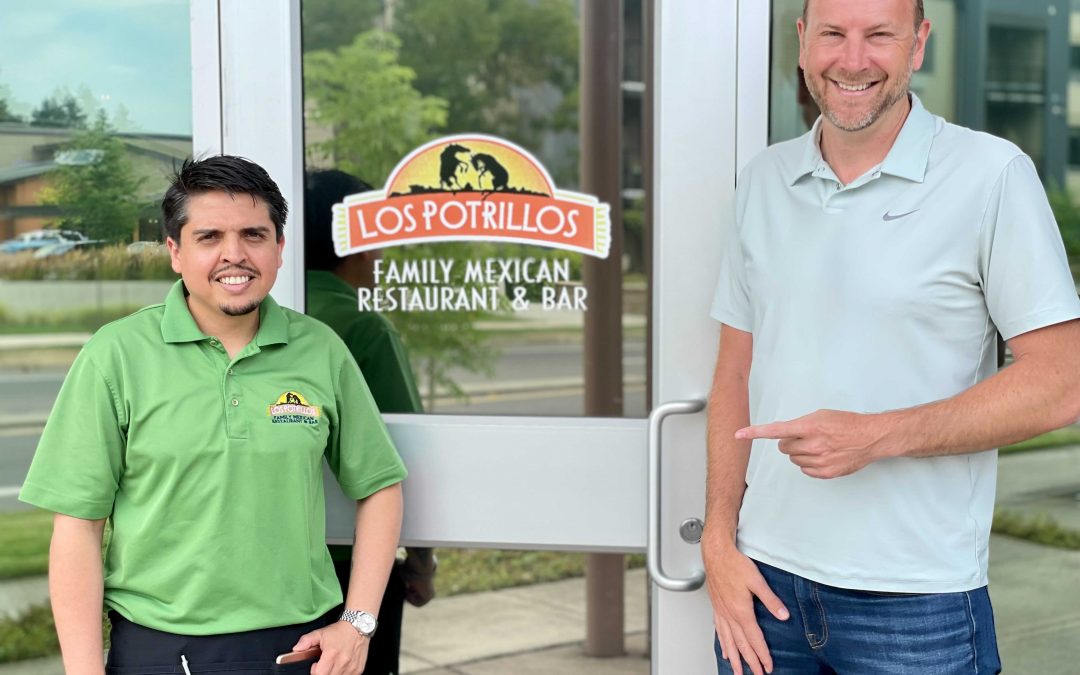 Teo Ramirez is not letting the impact of the pandemic thwart his plans for growth.  The owner of three Mexican restaurants – one in Eugene and two in Vancouver, Washington – envisions adding two more to his “Los Potrillos” portfolio.

The pandemic was devastating to his business though. “Revenue was down 75%,” he reports.  “I had 15 employees at Los Potrillos in Eugene and was able to keep only three.  In my two Vancouver sites, I went from almost 50 to five employees.”  He says that with the lifting of Covid-related restrictions, he’s not solely reliant on to-go orders, and he’s slowly bringing employees back to work.

Ramirez runs his small restaurant empire from the Eugene location, where he serves as bartender.  His four brothers help manage the other sites, making it truly a family business.  And family helped develop some of the recipes for his signature dishes like carne asada and his fajitas.  But Ramirez says his claim to fame is tequila.  “We have the widest selection of tequila in Oregon,” he boasts.  He says he has over 200 bottles, and he recommends his scratch margarita: straight up.

Ramirez will be receiving a technology makeover as his Comcast RISE award, which includes three tablets, two laptops and a desktop computer as well as free Comcast Business internet and phone service for a year.  “I run my whole business with Comcast Business.  I couldn’t function without the internet.”

Minority-owned small businesses in the Eugene metro area have an opportunity to receive a boost from Comcast as the company rolls out the third round of a program aimed at giving these companies a hand up.

More than 700 small businesses owned by people of color across the country — including more than 50 in Oregon/SW Washington — were named Comcast RISE award recipients in March. Now, the third phase of the “Representation, Investment, Strength and Empowerment” program is accepting applications through July 31, 2021.

Small businesses owned by Black, Indigenous, Hispanic, and Asian Americans are encouraged to apply for the chance to receive the RISE package, which may include: a 90-day, linear TV media campaign; a 30-second TV commercial production; a technology makeover, including computer equipment and Internet services, along with 12-month voice and cybersecurity assistance; or advertising and marketing consultation.  Applicants do not need to be current Comcast customers, but do need to live in the Comcast service area.

“Independent small businesses are the backbone of our communities,” said Mark Nugent, Director of Business Development for Comcast Oregon/SW Washington.  “And today, more than ever, small businesses owned by people of color are hurting.”

Comcast RISE is part of a larger $100 million Diversity, Equity and Inclusion initiative that Comcast launched this summer. In June, Comcast NBCUniversal announced the development of a comprehensive, multiyear plan to allocate $75 million in cash and $25 million in media over the next three years to fight injustice and inequality against any race, ethnicity, gender identity, sexual orientation, or ability.

Minority-owned small businesses can go to www.comcastrise.com to determine eligibility and apply.  The next deadline for application is September 16th 2021, with awards announced November 23rd.